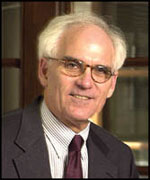 As suggested in last month's column, Illinois Gov. Rod Blagojevich proposed a new gross receipts tax in his March budget address. The tax would be the largest absolute tax increase in Illinois history and the largest percentage increase since the adoption of the income tax in 1969. The good news is that the governor finally recognizes the serious budget problems facing the state. The bad news is that he has responded by proposing an overly large tax increase that makes use of a clearly inferior tax instrument.

A gross receipts tax, unlike a sales tax or a value-added tax, is levied on the full value of all transactions between businesses as well as the final selling price between the retailer and consumer. The new tax would be in addition to the existing 6.25 percent state sales tax.

According to the governor and additional briefing materials, the tax would be imposed at a rate of 1.8 percent on gross receipts for services including professional services of lawyers, doctors, accountants and engineers. A rate of 0.5 percent would be imposed on personal property sales.

The tax would not apply to businesses with less than $1 million in gross receipts and would not apply on sales of Illinois firms to out-of-state purchasers. It would also not apply to drugs and food other than goods for immediate consumption. The tax would also not be levied on services provided to Medicaid patients. Since gaming is already subject to an existing gross receipts tax, gaming would be exempt as would insurance companies subject to the existing premiums tax. Sales made by not-for-profit organizations would also be exempt.

Gross receipt tax payments could be used as a credit against the existing state corporate tax. In essence, taxpayers would pay their gross receipts tax or corporate tax liability, whichever is higher. The governor indicated that the corporate tax would eventually be phased out, but this will not be part of the current proposal.

On a full year basis, the tax is expected to generate a net revenue increase of $6.3 billion (a $7.8 billion gross less a loss of $1.5 billion through the corporate tax credit). This is approximately five times the amount currently generated by the state's corporate tax.

In his budget address, the governor made no mention of property tax relief. Instead he suggested that the additional funds would be used for increased funding for education and for addressing the state's structural deficit problem. In the past, most proponents of increased state funding for education have coupled higher state taxes with the promise of reduced local property taxes. To the dismay of some potential supporters, the governor did not do this. More recently, Blagojevich has opened the door to the inclusion of property tax relief as part of the package.

As noted recently by Comptroller Daniel Hynes, the state of Illinois faces a serious fiscal problem where permanent revenues continue to fall substantially short of state expenditures. There is a saying that: "Desperate times require desperate measures." This may be the motivation for the governor's suggestion that Illinois resort to a gross receipts tax to address its continuing fiscal problems.

As mentioned above, a gross receipts tax is levied on the value of all transactions that take place between businesses and between retailers (including service providers) and consumers. Unlike the state's existing sales tax or a value-added tax, goods and services that are taxed at one stage of the production process are implicitly taxed again at succeeding stages, resulting in a pyramiding or cascading of taxes. Unlike the existing corporate tax, businesses would pay a gross receipts tax regardless of whether they are profitable or not. The tax is employed by few other states. In these states, the rates are much lower than those proposed in Illinois.

Clearly the state has a serious fiscal problem. For the last five years, continuing state revenue sources have failed to cover expanding state spending. The governor and the General Assembly dealt with this problem by using short-term solutions that created longer-term problems. Spending increases were supported through the use of one-time revenue sources such as asset sales, the slowing of payments to the providers of health-care services to the state, the transfer of non-general fund revenues (such as money from the road fund) for general purposes, the further underfunding of pensions and borrowing.

Illinois is now facing a structural deficit problem of several billion dollars. It cannot pay all its current obligations with continuing revenues, and revenue growth in the future will likely not keep pace with expenditure needs because of the relative unresponsiveness of the state's tax system.

Much of the problem stems from the unwillingness of the governor and General Assembly to address these problems as they arose. After his election in 2003, Gov. Blagojevich promised not to increase major taxes such as the individual income tax and sales tax or to make cuts in the state's major expenditure programs, such as public education, health and public safety. These promises were honored, but to the detriment of the state's fiscal health.

The state's budget problem is serious, but it is not truly desperate. A combination of budget discipline along some key changes in our existing tax structure can address the problem. The passage of a gross receipts tax would be a truly desperate and unnecessary measure.

The gross receipts tax is both inefficient and unfair. Such a tax has been estimated to yield $6 billion of new revenue—five times the amount generated by the state's corporate tax. This is much more than is needed to address the state's budget problem. Exactly how much it would raise, however, is uncertain because of the novelty of the tax.

The gross receipts tax responds to the political motive to tax businesses and not individuals. In his address, the governor states: "They [business] want me to raise the income tax and increase the sales tax. They want us to raise taxes on people. ... I'm going to say again, what I've said before a million times: I will not raise the income tax or the sales tax. I will not raise taxes on people."

This is shameless pandering. It is an unfortunate fact of life that all taxes are ultimately paid by individuals, even if they are initially imposed on business. Through higher prices, lower wages and job loss, individuals will bear the burden of the gross receipts tax even if they do not see it in sales receipts when they make a purchase. It is not in the Illinois governor's power to revoke the economic law that people must bear the burden of taxation. In fact, a gross receipts tax will be more regressive than the corporate tax it will eventually replace.

There are a number of problems with a gross receipts tax. It is instructive to note that a gross receipts tax or a turnover tax usually only appears in public finance textbooks as an example of an inefficient tax. Since a gross receipts tax imposes a tax on the same input again and again through the production process, firms will find it advantageous to integrate their activities (for tax and not economic reasons) rather than buy from outside vendors. A small firm would have to pay taxes on its payments to lawyers, accountants and janitorial services while a large firm that provides for these activities in-house would escape the tax. The tax would be especially burdensome on large volume, low mark-up retailers.

The tax would also penalize in-state firms in comparison to out-of-state vendors. An out-of-state vendor selling into Illinois, which would pay no sales tax in its home state, would pay the gross receipts tax only once—at the final sale. In-state providers would be subject to the pyramiding effects.

The governor misspoke in his budget address when he said: "I am proposing that we adopt a gross receipts tax on corporations that will replace the loophole-ridden corporate income tax."

The gross receipts tax is not just a tax on corporations. It is a tax on all businesses including sole proprietorships and partnerships. The governor's plan would exempt firms with under $1 million in sales, which will also create problems. A law firm with four partners with gross receipts of $3 million could avoid the tax by becoming four independent practitioners sharing an office and save $54,000 in taxes. If the gross receipts tax is appropriate for large firms, it should also apply to small firms.

Not surprisingly, the business community has reacted negatively to the gross receipts tax proposal. Some of its objections relate to the intrinsic problems inherent with the tax, such as the pyramiding problem. However, much of the debate will not be about the subtleties of tax policy, but about the size of the increase. Make no mistake. A $6 billion tax increase represents a huge increase in the size of state government and will be opposed by many for that reason. However, public employee unions, education groups and some health-care providers are likely to endorse the tax increase--not because they like the regressive gross receipts tax, but because they welcome the extra revenue to expand programs that benefit them.

In summary, it makes little sense for the state to resort to such a bizarre and uncertain tax. The state's efforts would be better directed to changing the existing individual and corporate income taxes and the sales taxes. A modest rate increase in the income tax (individual and corporate) accompanied by an increase in the exemption level to protect low income taxpayers and the expansion of the sales tax base to include consumer services would generate sufficient funds for the state to address its fiscal imbalance if the extra funds were accompanied by spending discipline.

- J. Fred Giertz is a professor of economics within the University of Illinois' Institute of Government and Public Affairs. He can be reached at 217-244-4822 or jgiertz@ad.uiuc.edu.