Living on a starvation diet, Oliver Twist had the temerity to ask the master of his orphanage for some more gruel. The public universities in the state of Illinois might not be blamed for offering the same plea.

Quietly and incrementally, the state of Illinois is in the process defunding public higher education. In the last five years, general funds appropriations for higher education including community colleges have been cut by $418 million while funding for the University of Illinois has fallen $84 million. Faced with declining tax revenues after the recession of 2001, Illinois has continued to increase spending in other areas. In particular, the two largest components of state spending  health and human services and elementary and secondary education  have increased in real terms.

The relative decline is really a longer-term phenomenon and not just the result of recent fiscal woes. Since 1990, state higher education appropriations have decreased by more than 17 percent after adjusting for inflation. Direct appropriations to higher education institutions (that exclude student assistance and retirement payments) are down more than 22 percent. During this same period, health and human service spending increased 57 percent in real terms while elementary and secondary education was up 39 percent.

University of Illinois Senior Fellow James Nowlan, a former state legislator and long-time observer of Illinois politics, remembers the days when there was an informal ratio between new spending for elementary and secondary education and higher ed. The old ratio was 2 to 1. The ratio in the proposed budget for 2008 is 37 to 1.

Instead of hoping for some more,  like Oliver Twist, universities in Illinois now seem to be asking that nothing more be taken away. Success for higher education in the appropriations arena is now viewed as avoiding budget cuts with no state-imposed restrictions on tuition increases.

Illinois public universities have been able to cope with the diminished state support by resorting to relatively large tuition increases and in the longer run to increased reliance on donations, grants and contracts. Community colleges have also relied on increasing local property tax revenues. New students and their families may be surprised to learn that in addition to tuition and traditional fees, there are now fees to support the libraries and to upgrade computer facilities. This is like the unpleasant experience of a hotel guest who learns that there is an energy surcharge and a recreational facilities fee in addition to the basic hotel rate.

Tuition increases have created potential problems of affordability for low income students. In most cases, this challenge has been met by allocating some of the additional tuition revenues to various forms of student aid. This, however, has the impact of making middle and upper income students, in effect, pay for the aid to those with lower incomes. Affordability should be the concern of the state in general and aid should be funded by state taxpayers, not fellow students.

Public universities have also fared better in the area of capital fundsboth from the state and private donors. The politics of capital funding are quite different from those of yearly operating appropriations. Often capital spending is funded by bonds and not current tax revenues. There is also strong support from construction interests and unions for capital appropriations. For the most part, funds cannot be transferred readily between capital and operating purposes. This helps explain the cognitive dissonance that observers often experience when they hear about the dire financial plight of universities while at the same time observing massive construction activities on campuses.

Universities, like other state programs, have no inherent right to funding. They must compete in the political marketplace for support. Why have public universities fared so poorly? It is clearly not a failure related to delivering a valued service. Both public and private returns to higher education are very high. Higher education is a key to success in the modern world economy for individuals and society in general. Higher education has also been the key to economic development in communities such as Urbana-Champaign with spillovers more generally to the state.

While public elementary and secondary institutions fight the concept of choice, public universities live and have thrived in such an environment. Students have choices between four-year and two-year institutions as well as between private and public colleges.

Public universities and community colleges in Illinois need to sharpen their focus and attempt to gain more support from the state for their programs. However, they would be ill advised to depend too heavily on the hope for greater state support. Like it or not, higher tuition and appeals for private support are increasingly important for public higher education in Illinois.

J. Fred Giertz is a professor of economics within the University of Illinois' Institute of Government and Public Affairs. He can be reached at 217-244-4822 or jgiertz@ad.uiuc.edu. 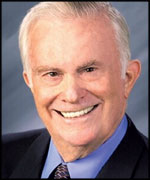 Although an ever-stronger case is being made against the American public's increasingly mandatory use of ethanol-blended gasoline, little has been said about the staggering impact of this overrated blend on food prices.

To summarize the misleading claims made by the U.S. government, it's useful to update how this poorly-thought-out and rushed-through legislation already is offsetting the economy in general.

It takes more gasoline or natural gas to convert corn products into oil derivatives than either pure gasoline or the previous MTBE blend.

There is no convenient method of transporting such derivatives through the American pipeline system due to their corrosive effect. This means special tankers have to be mobilized for transportation purposes.

Since there is only a minimal number of specialized-blend gas stations, which are centered in the Northern Midwest, a huge expensive network of these gasoline providers has yet to be established.

Preliminary automotive tests have indicated that ethanol-blended gasoline provides only 75 percent of the productivity of pure gasoline. This discounts the premise that ethanol is substantially reducing America 's dependence on oil in general - and imports in particular.

The federal government has to cough up 51 cents of subsidies for each gallon of ethanol, without which this program likely would not have gotten off the ground.

To keep sugar cane-based foreign ethanol from being competitive with Midwestern corn, the legislative mandate has slapped a 54 cents-a-gallon tariff on such imports from Brazil and the Dominican Republic.

With the progressively larger mandates over the next 10 years, every ear of corn now planted would have to be committed to ethanol by 2017. In 2006 alone, the price of corn increased to more than $4 a bushel, an annual 80-percent rise.

But the dark side of the higher food prices could worsen this already dicey situation. The $6 billion in subsidies expended by federal and state agencies last year will increase by leaps and bounds, accounted for by the nation 's taxpayers.

Contemplate the multitude of products that will be affected by the unlimited impact of pricing and availability  including animal feed and the subsequent effect on beef, corn syrup and breakfast foods, etc. Just last week, the milk industry announced a major price increase, primarily caused by the higher cost of cattle feed. Such additional costs will negatively affect the competitiveness of agricultural products for exports, as well as for domestic consumption.

The Bush Administration and its Congressional allies have done nothing to reduce the additional subsidies provided to the Midwest farm sector more than three years ago, when corn prices were languishing.

And most of this largesse will benefit the large agri-businesses and huge corporate entities like Archer-Daniels-Midland and Cargill.

The mythical farmer with 40 acres and a mule is a rapidly disappearing breed, especially since the price of farmland is skyrocketing, accelerating the sale of small farms like never before.

Only 1.5 percent of the American population is committed to agriculture, the lowest percentage anywhere in the world, and even that minuscule percentage is shrinking.

In the meantime, viable energy alternatives like the oil sands in Alberta, Canada, and the oil shale in the Western Rockies are begging for the type of price protection subsidies enjoyed by the ethanol block.

It 's unfortunate that the lobbying power in the hands of the traditional farm block vastly exceeds that of the alternative oil sector.

Editor 's Note: This article was previously published in the The Desert Sun in Palm Springs, Calif.

Morris R. Beschloss graduated from the University of Illinois ' College of Communications in 1952. He is a columnist for the Desert Sun and publishes two newsletters for the pipe, valve and fittings industry. He can be reached at flem6609@bellsouth.net or (760) 324-8166.