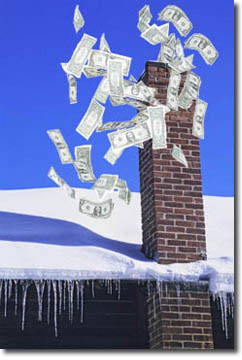 Think your energy bill was painful last month? Central Illinois business owners, just like consumers, are feeling the financial burden of the expired electric rate freeze, which created rate increases averaging 55 percent since January, with some bills doubling or tripling.

The Champaign County Chamber of Commerce and University of Illinois are helping small businesses find ways to cut their consumption.

"These rate increases make us look at more of our expenses," he said.

To save money, the restaurant switched its carry-out packaging to a less expensive take-out package that used less petroleum.

"We moved to a black Styrofoam versus a clear plastic package," Gould said. "There are certain things you can work on and change without changing your guest's experience."

Gould wants to become part of the Champaign County Chamber of Commerce's cooperative bulk energy purchase program during the next round of participation, he said. The program's goal is to help businesses in Champaign and throughout the state purchase energy at cheaper rates than they&#39d get on their own.

The Chamber of Commerce is working with a consultant who specializes in bidding for energy from licensed suppliers.

The program includes educational sessions for interested businesses, and the next round of these sessions will begin in early May. The next co-op enrollment will incorporate more local governments, including Peoria and Decatur, and the Effingham Chamber of Commerce.

Illinois government has made attempts to reinstate a rate freeze for anywhere from six months to three years.

Ameren terminated a relief plan for customers that included rate increase deferment options, but Ameren Illinois President Scott Cisel said that if lawmakers agree not to roll back rates, Ameren could afford to offer rebates to customers suffering the biggest increases, according to the Associated Press.

AmerenIP spokeswoman Natalie Hemmer said energy prices are determined by electrical rates that are bid on in an auction. The energy auction process is under scrutiny from Attorney General Lisa Madigan, who is seeking a probe about the reasons behind the rate increases.

Of course, part of keeping energy costs low is conserving as much energy as possible. Using florescent light bulbs, adding or re-doing insulation and replacing windows can reduce energy consumption.

The Smart Business Smart Energy program of Illinois was created to help businesses build and remodel in order to be more energy efficient. The University of Illinois' School of Architecture's Smart Energy Design Assistance Center runs the program.

The center's program manager Don Fournier said, "The program started a little over two years ago to deal with the energy increases that we are seeing nation wide."

The program has four tiers of services free to state businesses. Businesses can receive guidance over the phone about ways to reduce their energy consumption.

A more in-depth look can be given to businesses whose annual energy bill is more than $50,000 dollars, or whose premises is greater than 8,000 square feet. Businesses with multiple locations larger than 5,000 square feet can also apply.

The second tier of assistance requires an audit of a business's energy bills.

Fournier said, "We look at their bills and we do an analysis and make recommendations on ways to reduce their costs."

During the third tier, areas of the businesses' building are assessed regarding renovations or design changes that would increase energy efficiency. This allows businesses to find out about companies and programs they would have difficulty researching on their own. The fourth tier is a follow-up to see how the businesses have implemented the recommendations. The last tier also emphasizes helping the business find possible funding sources to support the recommended goals.

"We want people to make changes, to make improvements in their energy consumption and to keep jobs in the state," Fournier said. About 750 businesses have contacted the Smart Energy Design Assistance Center.

Hans Detweiler, the deputy director of energy and recycling for Illinois, said there are continuing education classes for businesses to learn more about energy needs.

"This is also to help firms become aware of best practices for many stakeholders regarding new construction and renovation," he said.

These programs are not intended to fund renovations for businesses, but merely to make consumers aware of their benefits.

"It's teaching a man to fish instead of giving him a fish," Detweiler said.

The Smart Business Smart Energy Web site has examples of businesses in Illinois that have applied for assistance, including some case studies of new and renovated businesses that benefited from the program.