How Important Is the Paris Accord? 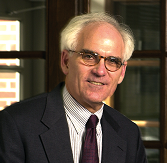 President Tim Killeen (as president and climate scientist) recently released a heartfelt letter to the “University of Illinois Family” responding to President Trump’s withdrawal from the 2015 Paris Agreement on climate change (the Accord). He emphasized the problem of “human-induced climate change” and committed the University to meeting or exceeding the goals of the Accord.

I too regret Trump’s decision to leave the Accord, especially rhetoric about the unfair treatment of America by other countries. The withdrawal will have consequences, but these impacts will likely be more reputational than environmental. The reason is that the Accord is largely hortatory except as a mechanism to develop more effective future cooperation. The Accord sets carbon emission goals that are so modest as to have little impact on the ultimate objective of limiting global temperatures. More daunting are the economic and political problems of implementing an effective global action plan.

Why was it so easy for Trump to leave the Accord? Unlike treaties, the Paris Accord and its predecessor the Kyoto Protocol of 1992 were never submitted to the Senate for ratification because it was clear they would never be approved. Instead, the Accord was implemented by executive order. While politicians pay lip service to climate concerns, their calculus changes when the costs of adherence are considered. For example, the Senate passed a resolution unanimously in 1997 stating that the nation would not join the Kyoto Protocol without the impossible assurances of no harm to the economy and the compliance of developing countries.

Implementing climate change measures is difficult because of the intertemporal mismatch of costs and benefits. Make no mistake that measures to reduce carbon emissions entail considerable costs, mostly to current generations. The ability to reduce oil and natural gas reliance significantly with wind, solar, and water power is far in the future.

Why are citizens unwilling to bear these costs to achieve important benefits in 50 or 100 years? We need look no further than social security, Medicare, and Medicaid to understand the problem. The country faces serious problems financing these programs in the near future when costs will far exceed existing revenue sources. Experts suggest the effective response to these challenges is to act now to reduce expenditure growth and find additional revenue sources; yet no action has been taken. Citizens and their representatives are unwilling to impose costs now to achieve vital future stability. The climate change problem is more serious because the ill-defined benefits will come further in the future when those bearing the costs may not even be alive.

This aversion to costs is illustrated by the public’s view of carbon taxes. Economists are in general agreement that a carbon tax is the most efficient mechanism for reducing emissions compared to unwieldy subsidies and regulations. Regardless, a carbon tax for politicians is an instrument that dare not speak its name because the costs of efficient abatement are readily apparent to citizens compared to the costs of less transparent measures.

Unfortunately, the Accord faces the more serious problem of enforcing meaningful emission reductions. Environmental quality today is far better than in decades past. This improvement is the result rising incomes, increased environmental awareness, and technical improvements.  In addition, governmental environmental programs have been crucial. The key to this success is that damages from air and water pollution are largely contained in political jurisdictions (counties, states, regions, and the nation) that encompass their geographic extent and have the ability to use the coercive power of the state to enforce environmental rules.

Climate change measures are different because the impact of carbon emissions is a global. Further, any voluntary reductions by as states, cities or universities create virtually no benefit to those bearing the costs because benefits are extremely small and dispersed over the globe. We do not expect citizens to finance national defense, education, and roads on a voluntary basis, so why would individuals or countries sacrifice for climate change on a voluntarily. Entities will find that their sacrifice does not justify the benefits they derive. This situation clearly calls for some type of collective action to enforce climate change actions.

This is a fatal flaw of the Paris Accord, illustrated by Trump’s withdrawal. There is no mechanism to enforce global agreements. We cannot rely on world government or the United Nations. Yale environmental economist William Nordhaus has suggested the climate change challenge is not primarily technical, but political. He suggests the use of “climate clubs” to encourage countries to join voluntarily while accepting irrevocable binding commitments. Unfortunately, these clubs are yet to emerge. This suggests that measures such as the University of Illinois’ plans for carbon neutrality are largely incidental to achieving ultimate goals. Success may depend on innovation in the social sciences as much the physical sciences.